What Is An Instagram Caption Generator? 4 Top Free Tools 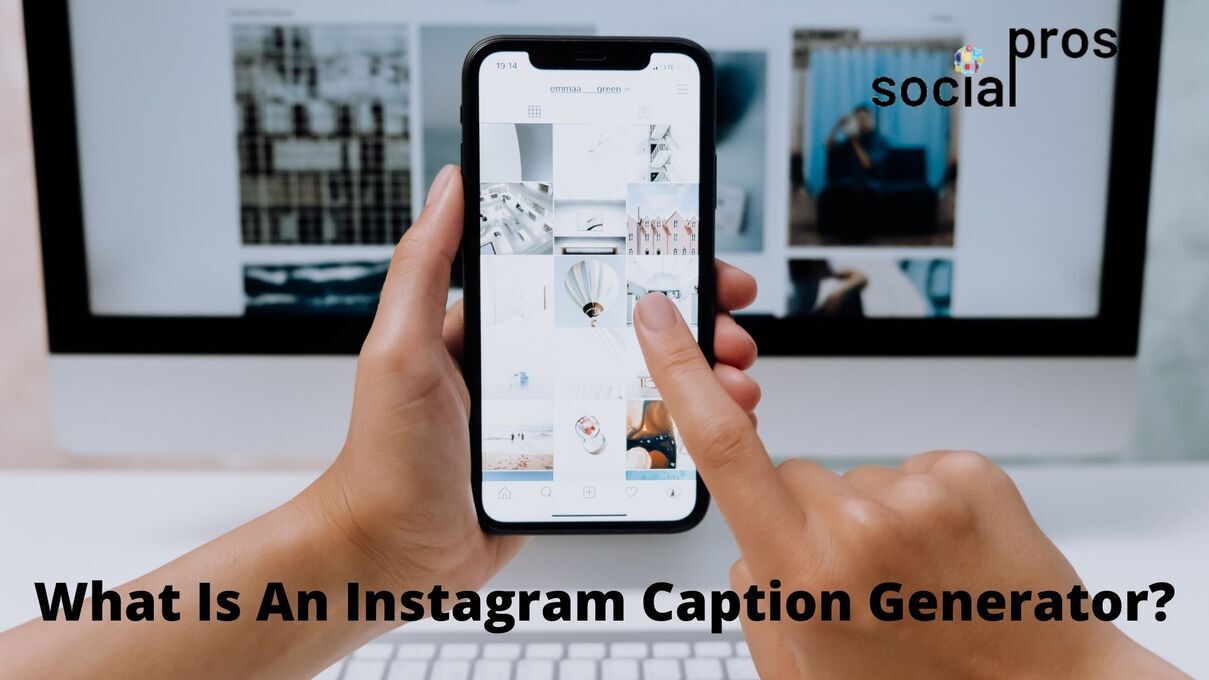 Is it me or you as well don’t come up with a unique Instagram caption when posting an image or video? I suppose this would be something mutual, otherwise, why would many posts have only one sentence, one word, and in many cases only one emoji while they are allowed 2200 characters? I believe this is why developers began to design a tool called Instagram caption generator.

It is true and all that Instagram is a visual platform and messages are mostly transmitted via images or videos. But the importance of caption must not be minimized. Because Instagram caption makes the post more impressive, understandable, presentable.

There are two types of it;

In this article, we talk about the second type because random Instagram caption generators normally kill so much time.

Can An Instagram Caption Maker Be As Creative As A Human Being?

Of course not. If you are looking for a unique Instagram caption, you should do it on your own. A caption maker can not even be compared with human intelligence. But it is still better than empty caption or even worse 30 spammy-looking hashtags.

Caption generators can be both web-based tools or apps. Besides, you can choose the theme and the caption generator gives you the type of caption you want. It can be motivational, emotional, sad, romantic, funny, or anything.

In the following, we will be working with some of them and you will see how they work. So stay tuned.

Tucktools is a free and online Instagram caption generator that lets you pick the category before it generates the caption.

Caption Plus is a caption generator for both Instagram and Facebook. Unlike Tucktools, Caption plus is not an online tool but is an app that also is an Instagram hashtag generator.

There are 35 categories and numerous captions for each category. Once you liked a caption, you just need to copy and then paste in your caption under your post.

Caption plus is compatible with Android and iOS.

Caption Pro is a caption maker with over 1000 unique Instagram captions. It functions just like Caption plus. However, its rating is 1.4.

Caption It is the final Instagram caption generator that I talk about in this article.  Caption It is well-designed and easy to work with. The only drawback is its incompatibility with iOS.

Can A Caption Maker Be Used As An Instagram Bio Generator?

I highly recommend dedicating the time to writing a unique Instagram bio because it’s just once. If you are clueless, read;

But if you still need help, use an Instagram bio generator instead of a caption maker.

Instagram bio generator (also referred to as Instagram bio maker) is a tool that creates random bio for you. I still would say be impressed and come up with one.

Tulktools-the tool we just talked about- is an Instagram bio maker as well as a caption generator.

What if I told you there is a tool that lets you not only specify a link to each post and add multiple links to your bio but also add links to your Instagram stories even if you don’t have 10K followers.