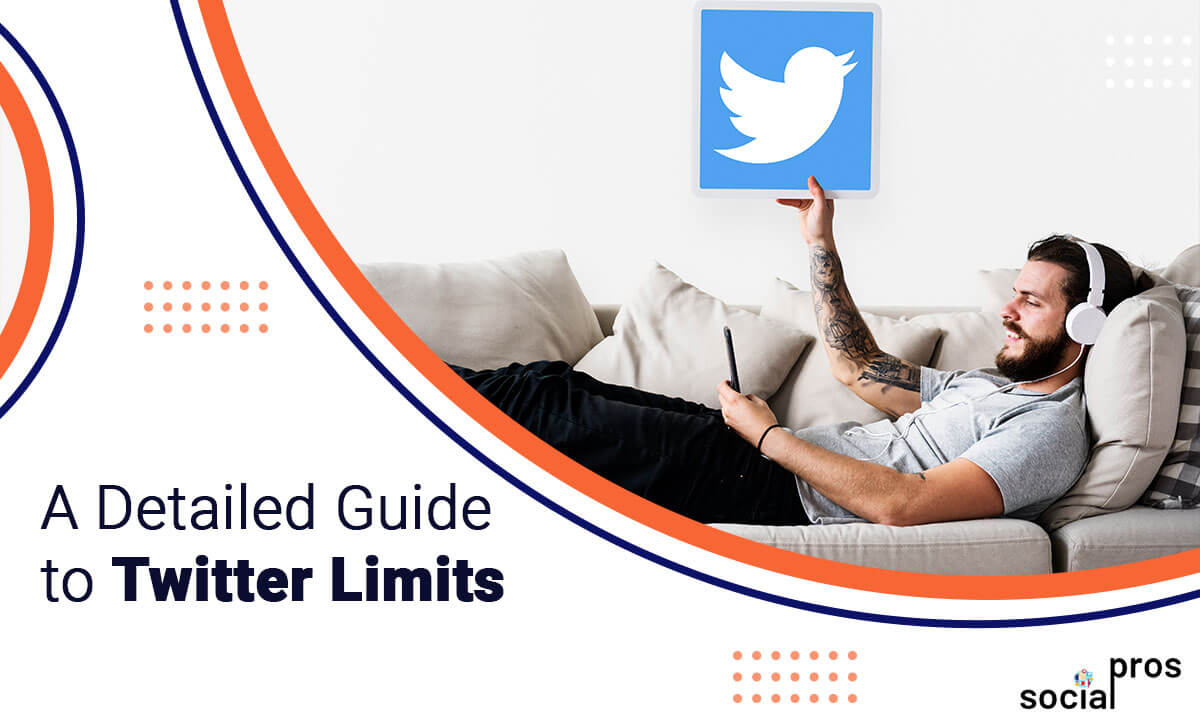 Why too many Twitter limits? This is an FAQ on Twitter by users who want to know why they feel trapped when using the service. However, the company responded reasonably. Twitter limits relieve some of the strain on Twitter’s backend while also reducing downtime and error pages. They’ve put certain constraints on the account actions for the sake of reliability.

Despite the complaints, Twitter has evolved itself over the years from an SMS service for communicating with a small group to a widely used microblogging service with over 200 million monetizable daily active users worldwide. More number of users pushed Twitter to make up its mind about earlier limitations, leading to significant modifications that have made this social networking platform easier to use. Below, we have listed notable Twitter limits that can help you avoid being flagged as a spammer or a bot.

According to Twitter cofounders Biz Stone and Jack Dorsey, the 140-character restriction are arbitrarily based on the 160-character SMS limit. Since Twitter was designed to be used as an SMS text medium for a limited group of people, they trimmed 20 characters off the username and went with 140. Additionally, they believed Twitter limits inspire people to be more creative, off the cuff, and at the moment.

In 2017, Twitter made a significant move by increasing the character count of Tweets from 140 to 280. “This is a small change, but it is a big move for us,” said Twitter CEO Jack Dorsey.

When it comes to defining characters, most European letters and punctuation forms are counted as one, whereas each CJK glyph is counted as two. You can learn more about how characters are treated while creating tweets by clicking here.

Twitter doesn’t even go easy on direct messages, profile names, bios, or handles and has set a character limit on them.

A DM can include a maximum of 10,000 characters. So, when you have the stuff to do, get right to the point.

Many people choose to be known on Twitter by anything other than their real first or last name, such as Drake, who goes by the name Drizzy. But make sure you don’t go over the 50-character limit for your profile name.

Twitter limits your username, also known as your handle and beginning with @, to 15 characters.

And finally, you can’t be a chatterbox on your profile due to constrictive 160-character limits for your biography.

To avoid being swamped with spam, Twitter has set a daily limit of 1000 direct messages sent per account. You won’t be able to send any more DMs for the rest of the day if you surpass this limit.

Unlike Instagram, which does not have a limit on daily posts, Twitter puts a cap of 2,400 tweets per day on the platform (including retweets). Moreover, you won’t be able to tweet all 2,400 in one sitting because there are separate limits for semi-hourly intervals.

Your timeline is the only thing you interact with when you’re on Twitter. So, to build up your desired community around yourself, follow up on your favorite topics, and curate your Twitter feed, you should modify your follow/unfollow strategy. On the other hand, Twitter has some limits in place to protect the platform from spammers and ensure that the service is reliable. Some of Twitter following and unfollowing limits are as below:

The rate at which you appear to be following/unfollowing can be regarded as abusive. So, it may result in your account’s suspension. As a result, we strongly advise to avoid:

With 500 million tweets sent every day, there’s a high probability of missing top tweets of a topic. Lists, a targeting tool offered by Twitter, let you modify, organize, and prioritize the Tweets that pop up in your timeline and stay on top of the most important conversations. However, Twitter has placed some restrictions on lists, which you should be aware of.

Although Twitter is a text-based platform, you have a better chance of stopping scrollers and encouraging them to look at your content if you include an accompanying image or a video based on the Twitter algorithm. To ensure that the platform runs smoothly and uniformly on all devices, Twitter has set some limits on the length, size, and format of the media shared on the platform.

What Happens If You Go over a Limit?

Twitter’s reaction differs based on how far you’ve gone over your limit. Usually, they’ll notify you with an error message indicating which limit you’ve exceeded. Then they’ll restrict your actions for a limited time if you’ve exceeded a time-based limit (such as Direct Messages or Tweets) or lock your account if you violate Twitter Rules or Terms of Service, such as through aggressive behavior.

Read more of our Authors: